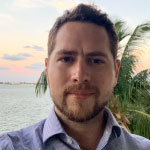 Washington State has the vision to be the United States’ most sustainable maritime cluster by 2050. DNV GL will support the state to develop it’s “Washington Maritime Blue” strategy for the sustainable development of the state’s $38 billion maritime industry.

The roadmap and supporting strategy framework is driven by the Maritime Blue Task Force, which is made up of 38 maritime industry leaders and stakeholders from across the public and private sector. DNV GL and the Washington State Department of Commerce organized the first meeting of the Task Force on January 25th in Seattle. At the meeting, Task Force members examined how leading international maritime clusters have pursued similar sustainability and innovation-centric agendas, which spurred a working session to identify potential development pathways for Washington Maritime Blue.

Some of the key goals of the strategy include establishing Washington State as a global maritime innovation hub cluster centered on Puget Sound  and pursuing a competitive path to decarbonization. To realize these goals Washington Statue is committed to draw from the experiences of a diverse and inclusive community that is reflective of the whole maritime sector.

Joshua Berger, the Governor's Sector Lead and Director of Economic Development for Maritime said: “DNV GL have shown themselves not only clear leaders on maritime innovation and technology, but offer facilitation skills to engage our broad set of stakeholders. They are sensitive to the challenges the industry and our communities face as we adapt to ensure resiliency and relevance for a sustainable future. Based on their successful track record, DNV GL can clearly support us and our stakeholders as we move forward in a coordinated and visible process.”

“DNV GL is proud to partner in this project and support Washington as it works to position itself in the competitive national and international marketplace,” said Freddy Friberg, Regional Manager of DNV GL - Maritime Americas. “The members of the Maritime Blue Task Force bring a broad range of perspectives to the development of the new roadmap. Input from all stakeholders, including business, government, ports, community, education, labor, advocacy, and research is important to ensure the strategic roadmap for Washington Maritime Blue is robust, actionable and considers the interplay between market sectors.”