At a time of proliferating complexity of systems, rules and regulations, being able to rely on a partner who sees the big picture can make a big difference. Shipowner Sonangol turned to DNV GL to benefit from the company’s expertise covering the full spectrum of technical and business questions.

When Sonangol EP, the national oil company of Angola, put down roots in Houston with a crude marketing subsidiary in late 1997, the new US-based firm quickly began placing orders for Suezmax tankers. As the business continued to expand, it became apparent by 2009 that the shipping activity of the company was best suited to operating under its own leadership, resulting in the creation of Sonangol Marine Services (Sonangol) in April of 2010. Structured as a traditional shipowner and benefiting from strategic partnerships, the company enjoys more financial stability than its competitors, which ensures it can maintain a long-term focus on sustaining its top-quality deliverable. It is that deliverable which has secured Sonangol a position chartering to the oil majors. But even the most reputable, well-positioned, and well-equipped operators face challenges. While Sonangol continues to focus on maintaining its leading position, the company relies on DNV GL to support it in areas beyond its center of expertise.

A new class partnership
Mark Heater, President of Sonangol, has been at the helm since the beginning. “This business came into existence out of necessity, and here we are eight years later with ten internationally trading Suezmax tankers and three LNG carriers,” he says. From its Houston headquarters, Sonangol provides administrative oversight and management of the performance of their ships, technical managers, commercial solutions, and class relationships.
Sonangol’s relationship with DNV GL reached a new milestone in 2015, with a contract signed for two DNV GL class 156,290 dwt crude oil tankers to be built at South Korean shipbuilder Daewoo Shipbuilding and Marine Engineering. Mark Heater praised  Sonangol’s newbuilding experience with DNV GL, calling it: “Seamless. During the newbuilding process DNV GL is working for the shipbuilder, of course, but what we managed to do this time, which had been unsuccessfully attempted in the past, was achieving an enhanced level of transparency by being included on DNV GL’s correspondence with the shipyard. The tripartite agreement brought a whole new level of efficiency and value to the project which we lacked before.”
Completed in 2017, this was the first newbuilding project  between DNV GL and Sonangol, opening the door for a broader relationship. “Ten years ago the scope of what class was able to help us with was much narrower than what we can expect  today. There is a great variety of issues. We not only rely on class to help us understand scrubber technologies and their implications; we can count on class to tell us what type of system will work best for us.”

Mitigating future risk
On the chartering front, the approach Sonangol takes to contracting its vessels is unique. In 2005 the company partnered with tanker owner Stena Bulk to create the joint venture Stena Sonangol Suezmax Pool. This provides chartering services to the shipowners who wish to leverage their position through spot market fluctuations and provides insulation from market volatility risk by spreading it over the pool of vessels.
The market forecast for the Suezmax ship class is not good. “The outlook for 2018 is somewhere between miserable and terrible.”  Heater says, adding that from “2019 and beyond we think it looks healthier, but we are more of a traditional shipowner, and we’re in it for the long haul.” With its long-term vision and the absence of unreasonable pressure on the company to reduce  operating expenditures, Sonangol’s business has proven attractive to the oil majors.
To maintain that reputation among the oil majors, it is critical  for the company to uphold a high level of quality. With DNV GL’s class-independent advisory services, Sonangol benefits from global team of DNV GL advisory experts who help address the ever-increasing spectrum of business challenges, ranging from regulatory and compliance questions to fleet management and performance issues.

Solutions for complex issues
In an industry that is shifting to automation and becoming increasingly digital, Sonangol has come to rely upon the expertise of DNV GL. “Vessel systems are so integrated now, that if one component fails, four or five others in front or behind will follow. Suddenly, your ship is dead in the water because there is a failure in the steering component. We’re finding that more often it’s not the machinery itself that has failed, but some software component and that’s something that our crew is not equipped to handle.” Mark Heater says SIRE inspections capture and assess risk in  these instances. In the oversaturated tanker market, where there is an abundance of available tonnage, rather than charter a vessel with continual software-related component failures, the charterer will simply opt for a vessel that doesn’t have a problem. “We rely on class to take a proactive role in pushing vendors to agree to certification that shows they have done their due diligence on software tracking and revisioning. We interact with class a lot  more on many component-related issues than we did in the past. Although we have people in-house with all the right credentials, the level of complexity has increased to the point where it is not feasible to deal with these issues internally. We look to DNV GL because DNV GL sees the full picture and can leverage its class relationships to bring about solutions to these complex industry problems.” 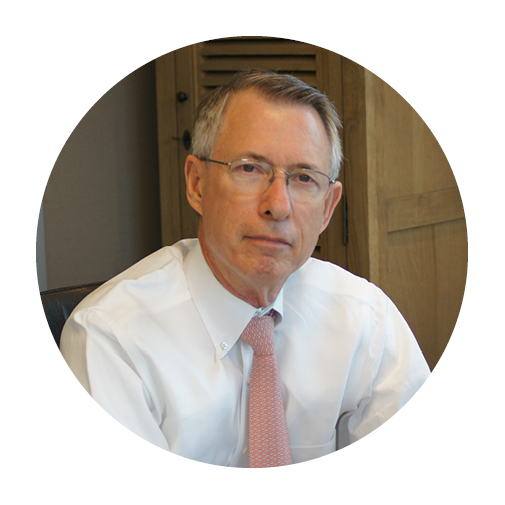 “We rely on class to take a proactive role in pushing vendors to agree to certification that shows they have done their due diligence on software tracking and revisioning.”
Mark Heater,